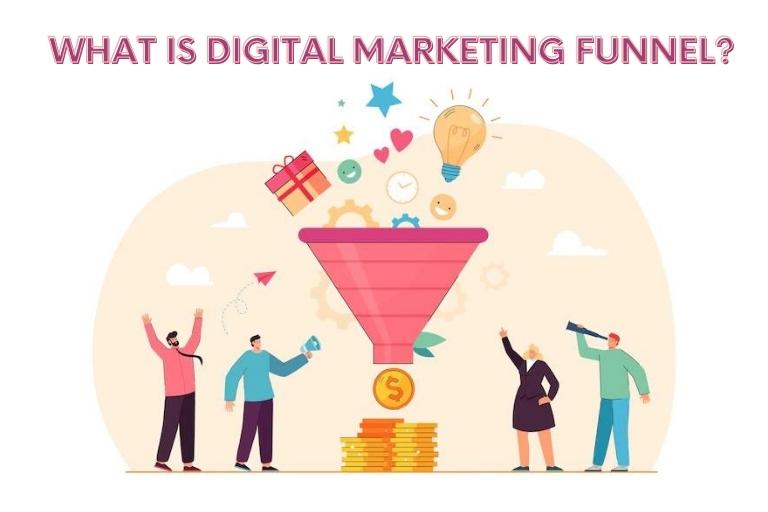 As much as Digital Marketing aids firms in terms of consumer effect, it is critical to be aware of these online communication operations’ fundamental ideas and tactics. After all, the materials and tools are available to anyone, but only those who understand how to use them will benefit. One example is the notion of the Digital Marketing Funnel, which began as a tool for sales teams and gradually became appropriate for communication initiatives. 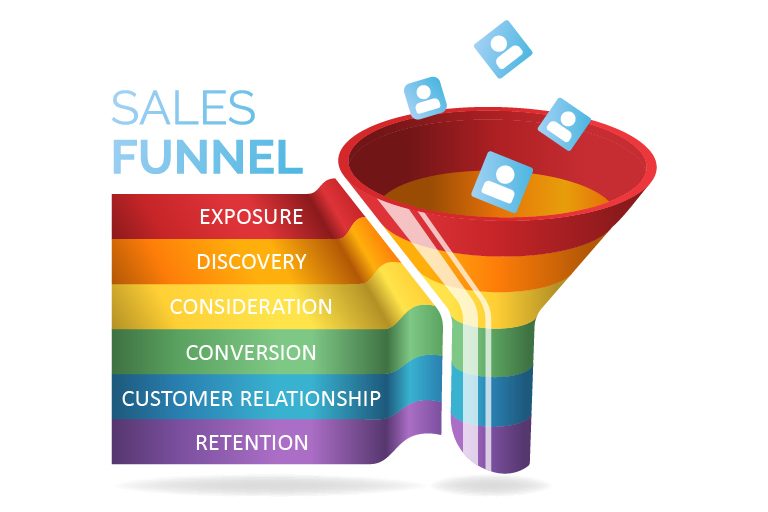 What are Funnels in Marketing?

A marketing funnel is a series of processes that guide prospects through buying. The funnel aids marketing teams in their attempts to attract, engage and convert prospects via the use of content as well as other marketing resources, including landing pages and adverts.

What exactly is a Digital Marketing funnel?

The Digital Marketing funnel is a strategic model that reflects the complete purchasing path of personas, from when they become aware of your brand to when they become customers. This notion is widespread among sales associates, but it has also become a critical resource for the success of marketing campaigns. The funnel idea can be approached in a variety of ways. However, the model we will show is separated into six stages:

What precisely is a sales funnel?

A sales funnel is a way that leads prospects from prospects to customers. Each level of the funnel brings the customer one step closer to purchasing. A well-planned sales funnel will outline your company’s actions to get prospects to the next level.

A consumer notices a rack of sale T-shirts. The thumb through the frame; they’ve progressed to the next funnel stage. Before going to the checkout, the consumer chooses four t-shirts. They’ve reached the last step.

What exactly is a Conversion Funnel?

A Conversion Funnel is an e-commerce word that refers to the many phases of a buyer’s journey that lead up to a purchase. The funnel metaphor depicts the progressive drop of potential clients as they progress through the conversion journey.

This process is sometimes referred to as a funnel because, as a marketer, you direct the consumer toward your conversion point.

How to create Digital Marketing Funnel?

There are several phases in the funnel, and the only way to make an ad campaign successful is to ensure that all of the funnel’s stages are solidly created. Branding initiatives are often out of the question for tiny enterprises that are bootstrapped. Putting your business name on TV and banners will not turn spectators into consumers.

The necessity for a thorough grasp of the target audience or potential consumers is at the heart of every digital marketing funnel. Companies must understand their target market, the problems they are attempting to answer, and the way(s) people look for information online.

With this knowledge, businesses will be able to develop core marketing strategies that appeal to potential customers at every point of their purchasing experience. This will assist in developing a unique selling point (USP) and setting the tone for the audience.

The floodgate is the traffic source or source that directs visitors to the funnel. Search engine optimization (SEO), social media platforms, paid advertisements, content marketing, cold outreach via email marketing, and other methods.

The traffic is subsequently routed to the sales funnel itself. While it may take many shapes, the sales funnel generally includes a lead magnet to pique a user’s curiosity, an amplifier to position the company as the superior choice, and a conversion event when the user becomes a lead.

A Digital Marketing Funnel is a graphical representation of a consumer’s stages during their customer journey. Understanding your target audience’s pain points and working out how to help them convey the value to them is an essential phase in the customer journey.

Once you know your consumer, you can quickly generate customized content and ad copy to communicate with them in the best possible way.

What is Influencer Marketing? How its work in 2022

Best Tips for Getting Started in Digital Marketing